Today, I attended another day of the Summit Stories. The topic was multiculturalism and I must say it was by far not as impressive as yesterday which was really disappointing especially because I lured one of my friends into going with me by telling him how amazing the day one was (which is very VERY true! It was the best thing!). But not every story is perfect and I am supposed to let you experience some of the jamboree by writing this blog so let me still tell you about this as well.

We got front row seats to get the best view which was pretty cool and we were super excited to hear the ted talks. The first session was alright. We had a guy from Hong Kong talking about how his parents had to overcome cultural differences even though they are both Chinese. That is because his father was brought up in China while his mother in the US. Then, there was a good talk from an English guy, who talked about his experiences with scouts from several foreign countries and that was super interesting. Hearing about some of the first scouts in Russia from right after the Soviet Union broke apart or scouts from Uganda saving refugees lives was really nice. There was a Taiwanese girl, who grew up in Canada and has Chinese and Japanese parents who seemed super enthusiastic about the topic and was a really good speaker. I was sad her speech wasn’t longer. But apart from that, I didn’t really understand how any of the speeches were related to the topic. I got kind of bored and a bit frustrated because I came there to hear about multiculturalism and that simply wasn’t what I got to hear about. I also felt bad for my friend that I persuaded to go. He must had been really disappointed. I hope he believes me that the first one was actually really good. But even though this one didn’t turn out the way I thought it would, I’m still grateful I went. It made me appreciate the first day and what I got to hear there even more. Everything bad is good for something 🙂

When I arrived back into our camp, there was a little surprise waiting. Apparently, we were about to have dinner with the Bangladeshi scouts at their camp! How cool is that? So we grabbed our stuff, cooked a meal for them and left our site to visit them. I was a bit scared to go to be honest. I was afraid I wouldn’t like the food or that I would accidentally somehow offend them since their culture is so different from ours but it went amazing! The meal that they cooked for us consisted of rice with spices, carrots and meat and although that sounds super simple, it tasted super good! I loved it and definitely would love to try again. After that, several of the Bangladeshi scouts pulled out henna and we got some beautiful henna tattoos. One of the girls was actually a professional henna artist! Her mom has a tattoo parlour that she works at. Her pieces were absolutely breathtaking! Here is a picture of mine. 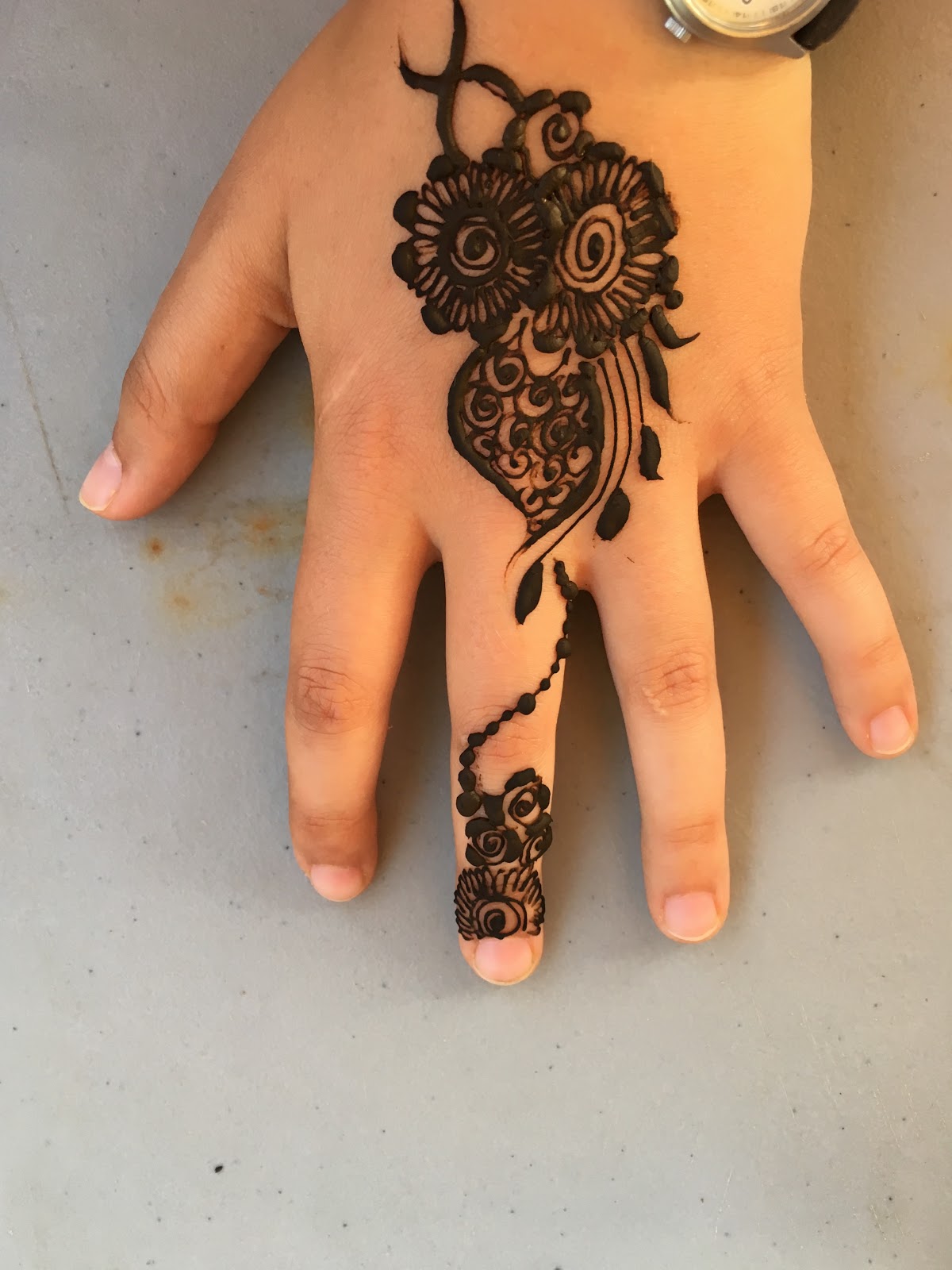 Then, we taught each other our traditional dances and had loads of fun. We talked a lot, exchanged contacts, got to know each other well and certainly made some really cool new friends so I’m very grateful to have gotten such an amazing opportunity.

So not all of us decided to visit our fellow scout friends and try new things. That doesn’t mean they had nothing to do though! Some contingents started fighting over having the tallest flagpole and a few people from our camp decided to join the race. They found several long branches and somehow tied them all together. The lower ones even have roots so the whole thing kind of looks like a tree that just grew there (which is what they told us when we came back. That a tree with our flag on top of it just randomly grew there) and now we’re definitely winning this competition! I just hope the pole doesn’t fall on top of our heads but hey – we’re scouts, we have everything under control and know what we’re doing 😉 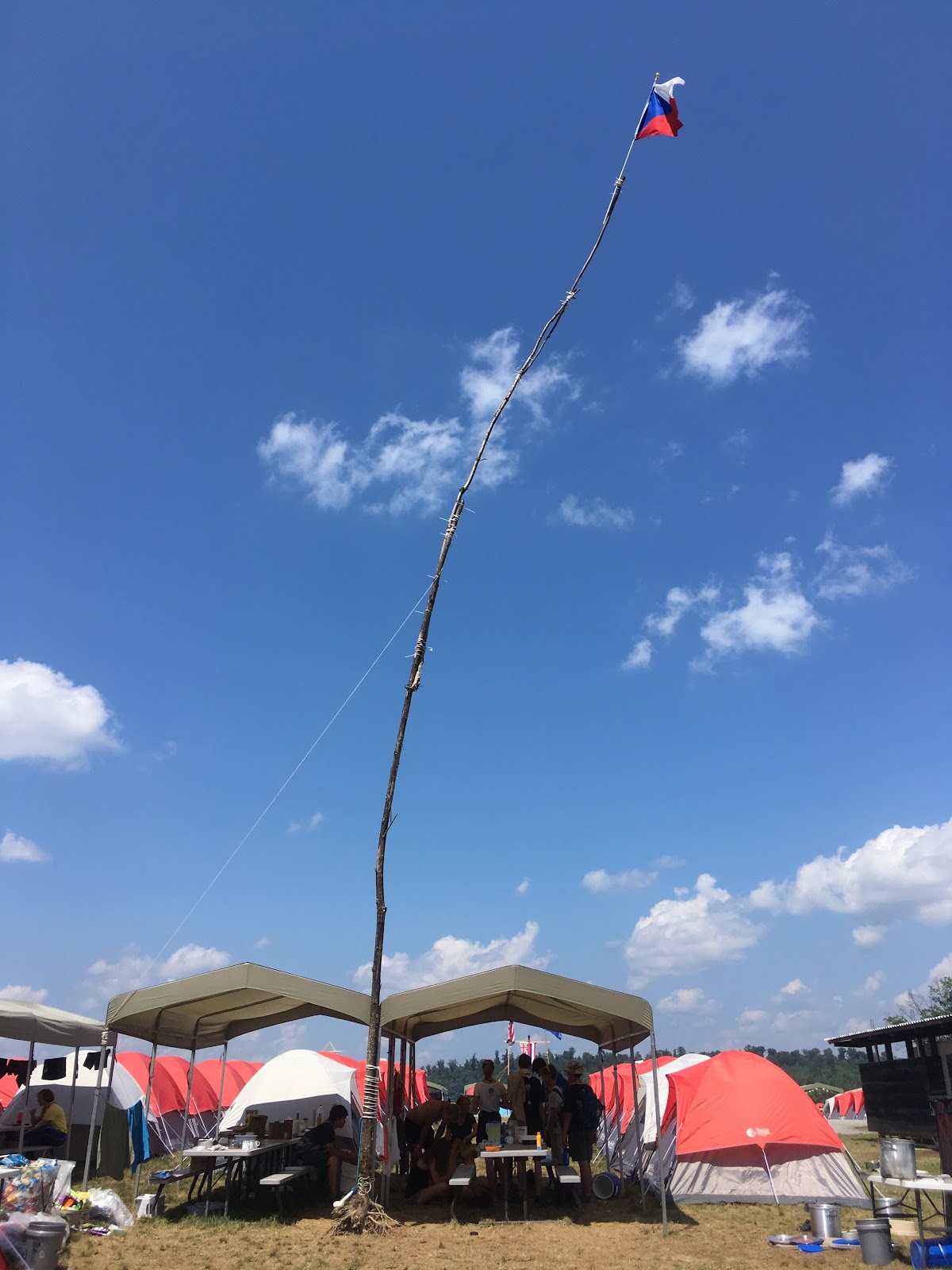