When you hear the words “Opening Ceremony,” What comes to mind? For me, the Olympic opening ceremony comes to mind. The Olympic opening ceremony unites people from far and wide. This isn’t altogether different from the 2019 World Scout Jamboree opening ceremony. From the time I entered the stadium for rehearsal, I knew that the coming ceremony would be absolutely unforgettable. As Global Ambassadors, we were tasked with carrying the flag of our respective countries. The flag from the United States was carried in by the first female to join Scouts BSA. As a result, I was given the privilege of carrying the flag of the nation of Guinea. As the ambassadors walked into the main arena, we were met with over 40,000 people cheering loudly. In addition, there were countless photographers and videographers. As we paraded the flags around the arena, I fully realized the scale of this event. After the parade, the flag bearers lined up on both sides of the arena and eagerly awaited the announcement of the flags. After each country was announced, we went onto a small stage (and an even bigger Jumbo Tron) to wave the flag. Then, we lined up holding our countries’ flags in front of the stage. From this vantage point, I could see each country represented. After the flag ceremony, the Royal Canadian Mounted Police and a band of bagpipe players escorted one of the ceremony hosts onto the stage. The hosts then introduced the first speaker, and the ambassadors went backstage. I returned to my unit just in time to see Bear Grylls, a survival TV show host, make an appearance. After Bear Grylls, a band called Recycled Percussion played music using some rather unconventional instruments. I never knew a step ladder could be an instrument. Once the band had finished their set, our eyes were drawn to the sky, where drones were staged to do a light show. The light show highlighted each continent and how Jamboree is bringing everyone together. At that moment, we were all dismissed from the show to go, meet new people, and try new things. Thus, I encourage you to go, meet new people, and try new things. 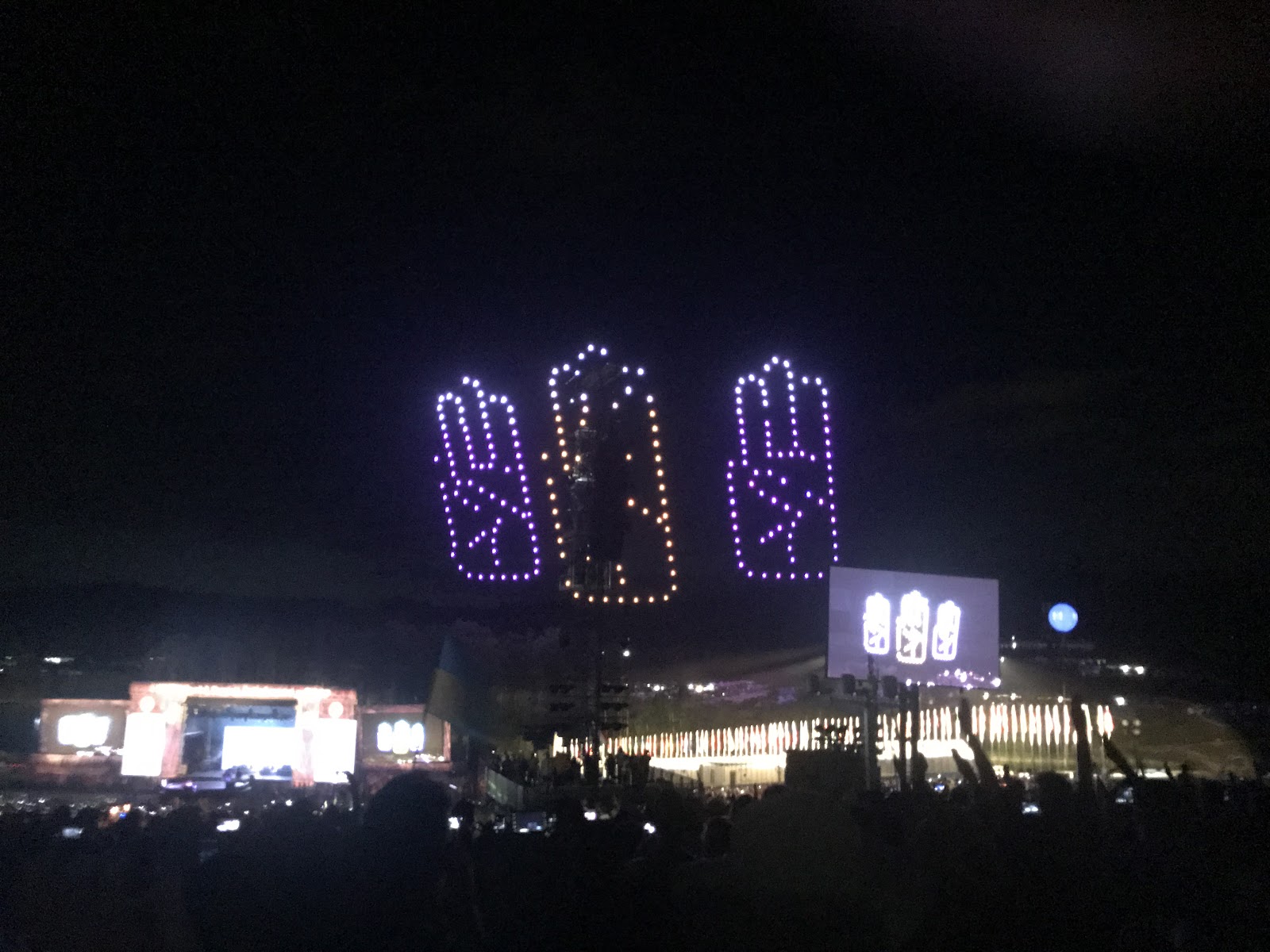 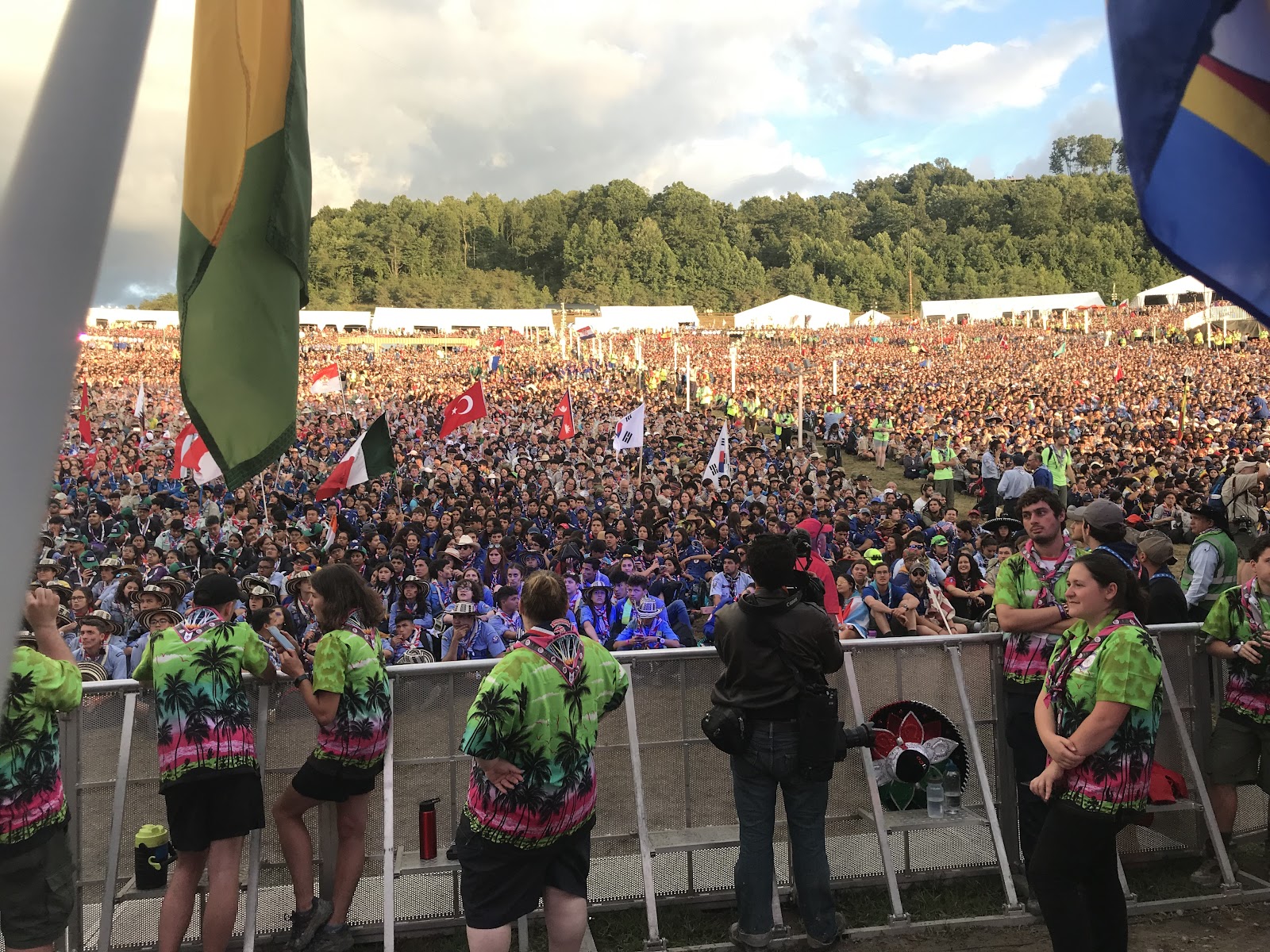