It’s 6.45 in the morning. Your alarm goes off and you have to get out of bed, make breakfast and climb a mountain. You don’t see that everyday, but that’s exactly what we did.

8000 people who were supposed to climb Mount Jack at the same time. As you can imagine, or not, it was quite busy. At the entrance of the trail of Mount Jack was a big line. We had to wait a while before we could start the trail. It wasn’t bad to have to wait, because we talked to each other which was really fun! Besides that, we had a beautiful view again. 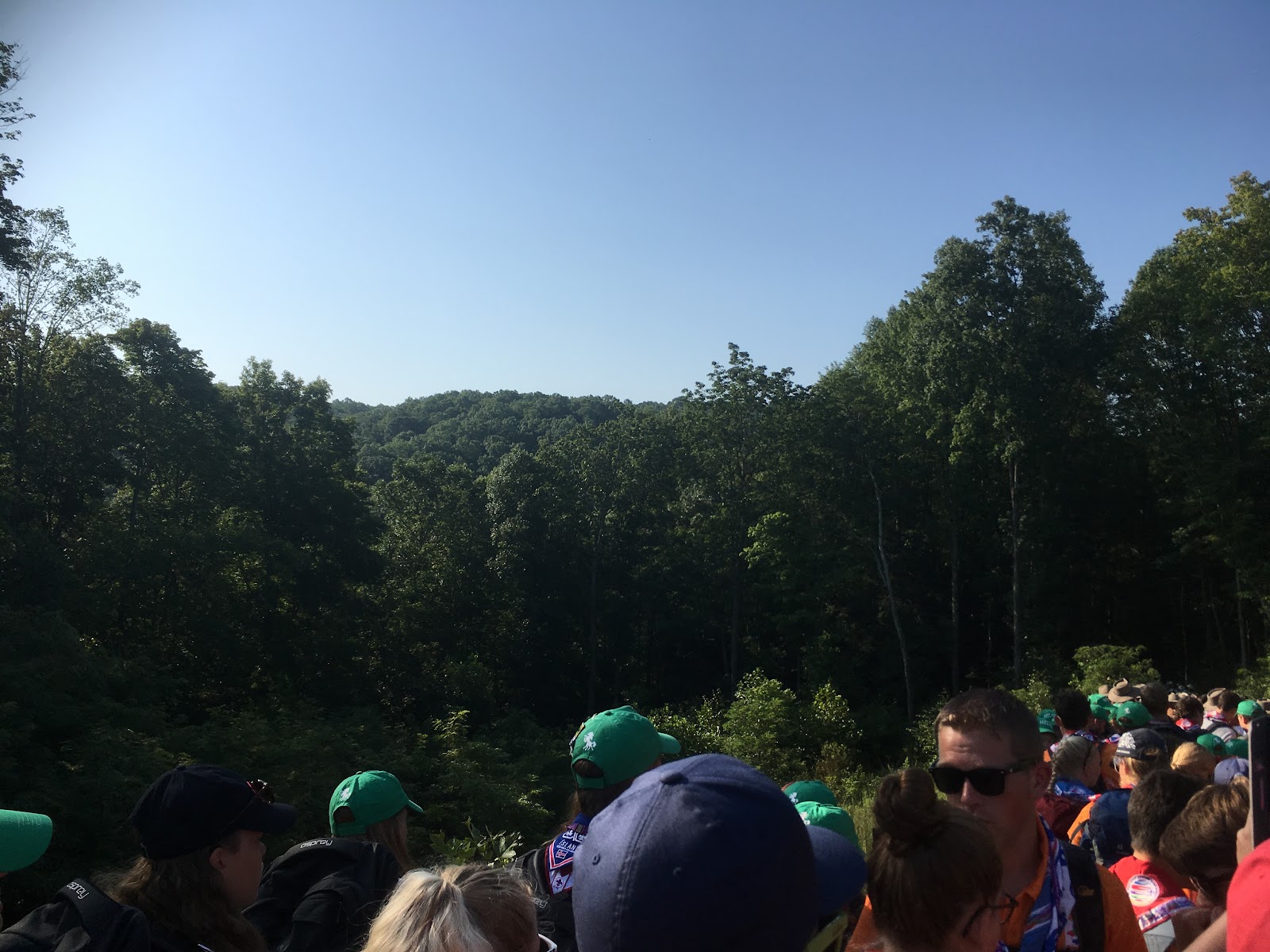 When we got to the entrance, we were told to walk the yellow trail. Some other units had to follow the blue or the red trail. Or trail was fun and challenging at the same time. It was quite steep, and perhaps as you know, we Dutchies are walking really fast when we do a hike. It took about an hour and a half to get to the top, where we rested for a bit before we would do some off the activities that you could do on top of the Mount Jack.Our heads looked like tomatoes because we were so warm. 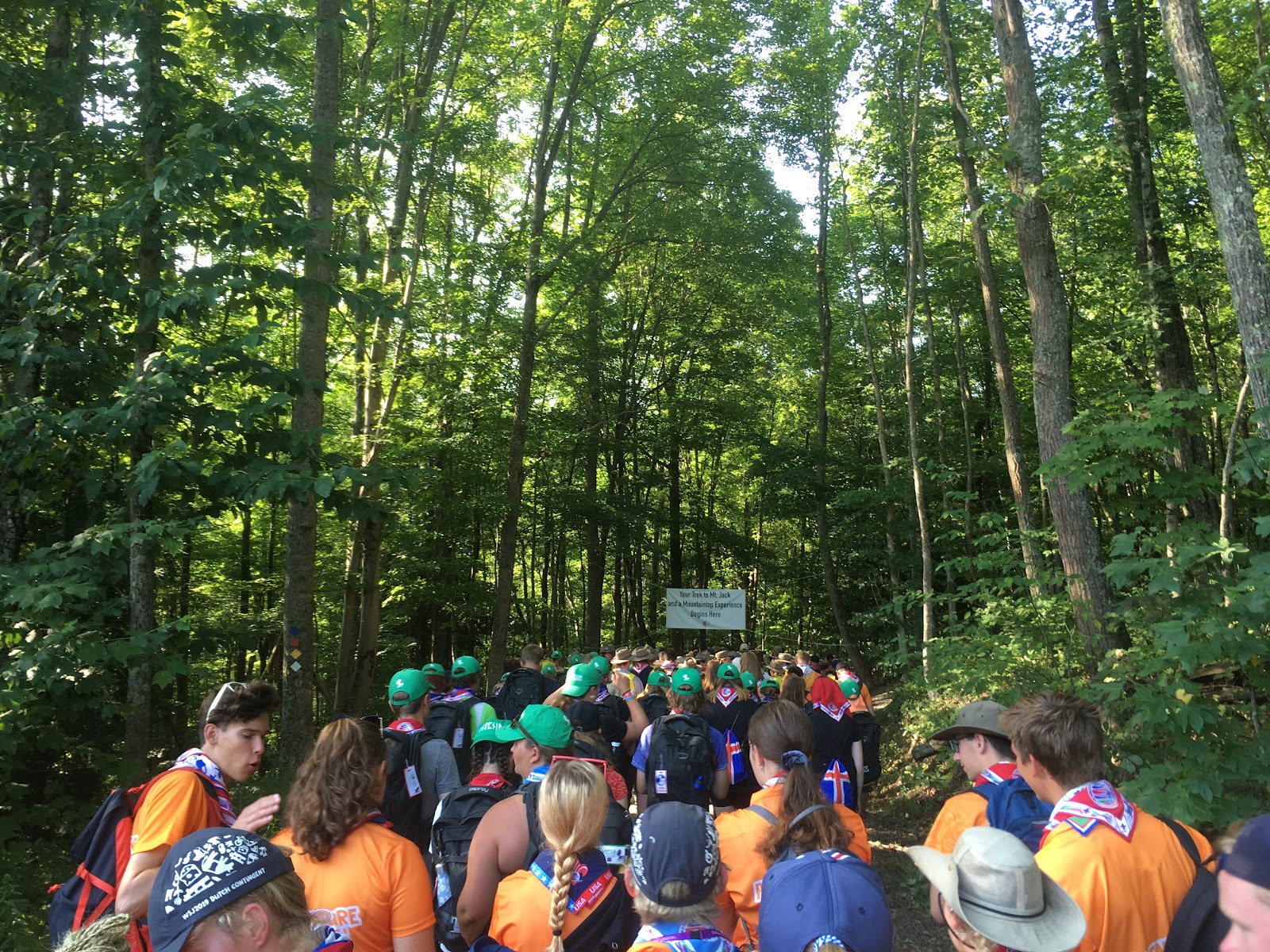 My unit during the hike.

Once we arrived at the top of Mount Jack, we could go a little bit further up, to reach the highest point of the mountain. At that point was a platform, from which you had an amazing view. We could see our campsite and a lot of other things from the summit. 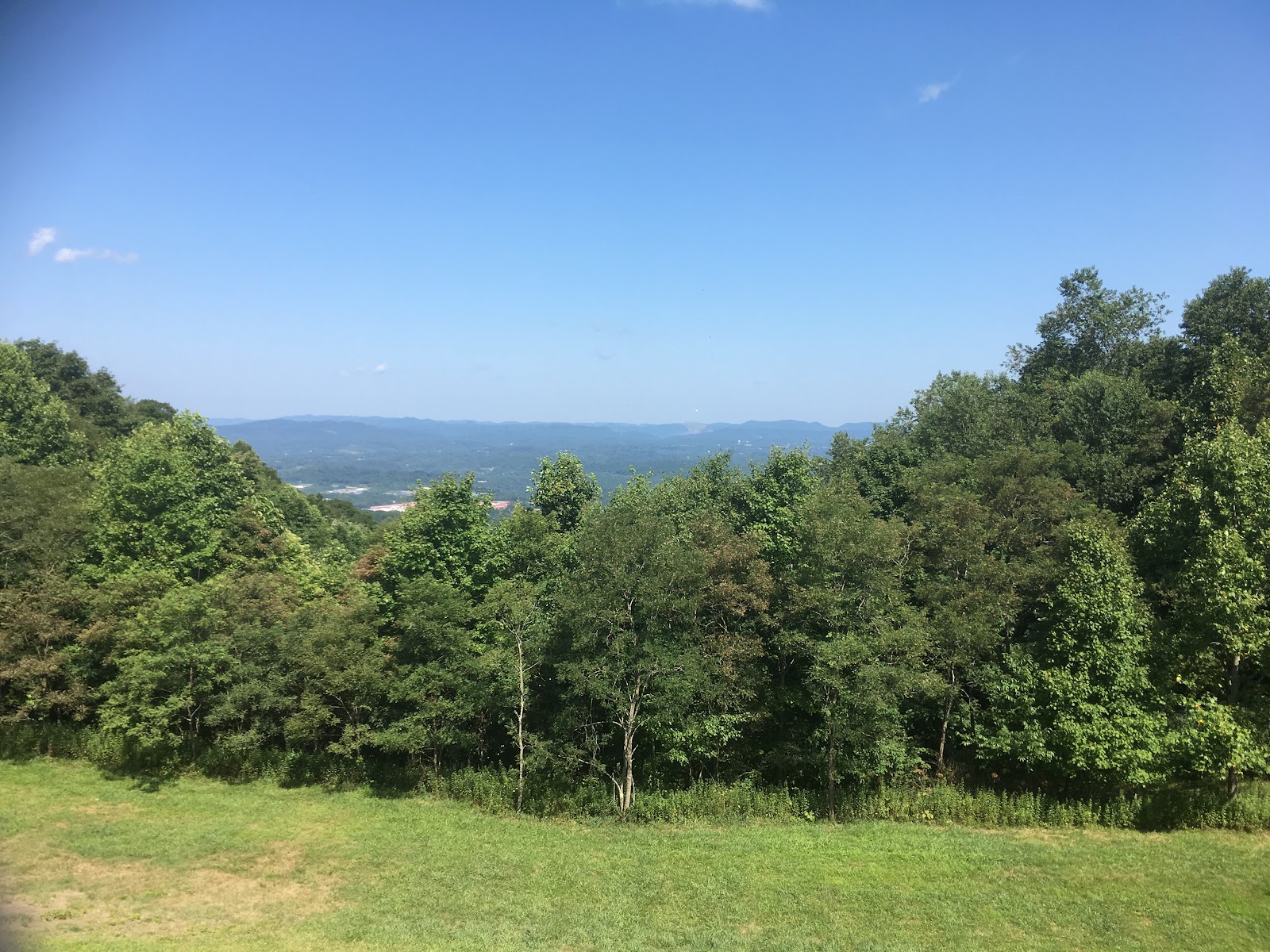 At the top you could compete at the Highland games. You could do things as throwing a (small) tree trunk, our learn an ancient dance.

There also was a sports field. It was really hot so we looked for a spot out of the sun, before we went and do something else. The break was nice. We played some cart games and ate our bagels. The bagels are really sweet so I can only eat one of them. They’re really delicious tho.

When the break was over we went to the volleyball field. Six people from my unit played to Taiwan. It was really fun to watch because our team whore orange shirts and Taiwan whore blue shirts. It looked really professional like this. Besides that, the Dutch team was really tall and the Taiwan team wasn’t, so we had an advance. I think that’s one of the reasons why we won!

At the end of the afternoon, we went back. We took another trail which was easier to walk. It wasn’t as steep as the first trail. It was a beautiful trail tho.

As soon as we arrived at our campsite, we grapped our towels and shampoo and went to the showers. There’s one thing you should know about the showers, which is that they’re cold. I’m getting used to it by now so it isn’t as bad anymore as it was in the beginning. Besides, a cold shower was all I needed after a long day of walking!