I spent majority of the day running in between expo tents. I was on duty in the Czech one for two hours and it was actually not as boring as duties usually are! I got so into presenting my country and I loved telling other scouts about the Czech Republic and Czech scouting so much that I didn’t even want to leave – it’s actually a pretty cool story so let me tell it to you real fast!

Scouting is very popular in the Czech Republic. I’m a leader of cub scouts and brownies (our groups are mixed) and our waiting list for new members is about six years long – that basically means that you have to sign your kid up the moment you find out you’re having a child. And it’s quite similar with other units too. You can tell by how big our contingent is – five hundred people from such a tiny country. It hasn’t always been like that though  – scouting has actually been made illegal three times over the past one hundred years. First by the Nazis and then two times by the Soviets. That’s why our contingent motto is unbreakable – because the Czech scouts have survived so much and always fought their way back. 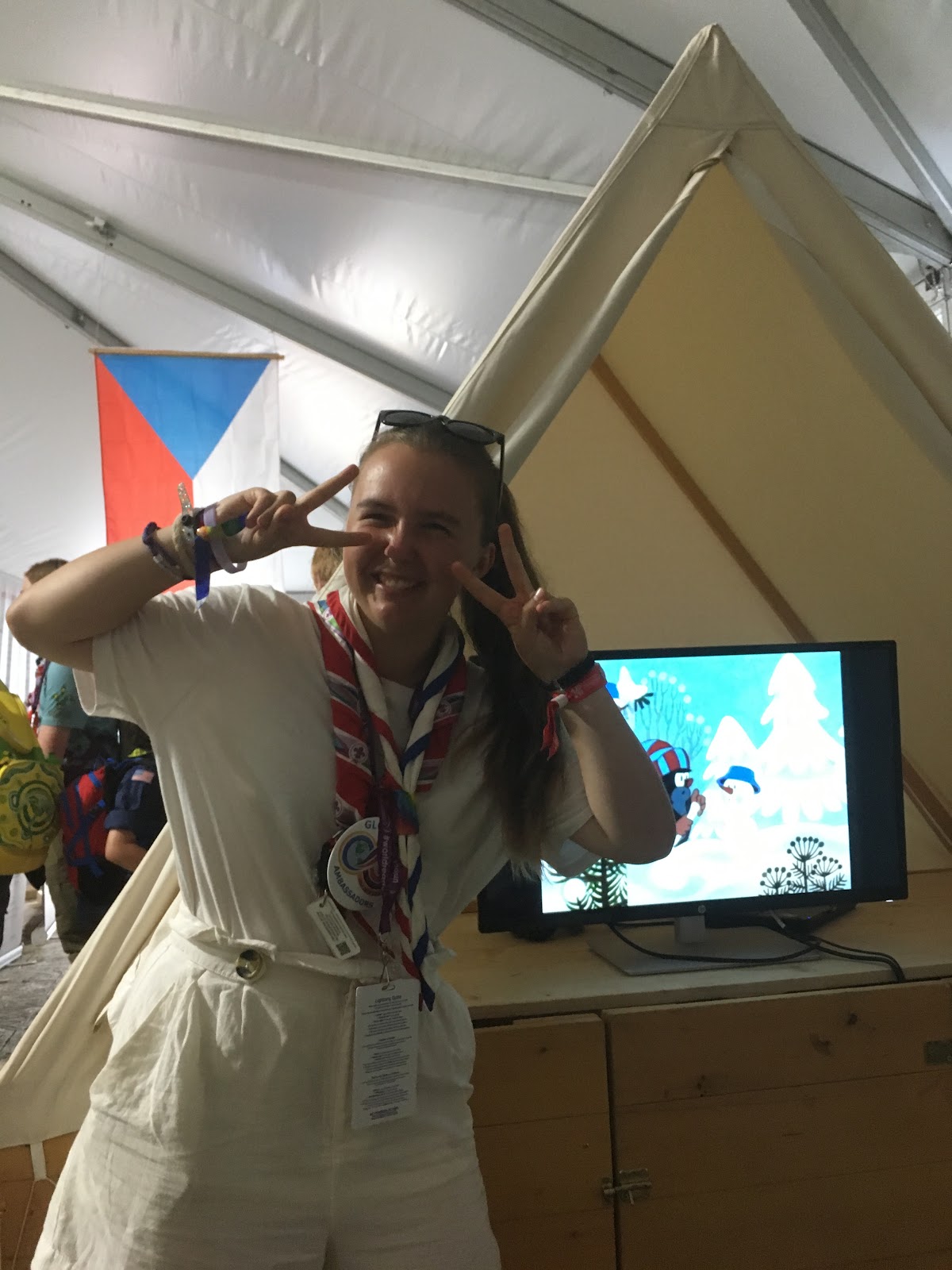 After our duty ended, me and my friends went to the other countries’ tents to see what their cultures are like. We visited the Polish tent and got to try some Polish food. Then, we went to the Japanese expo, played with their traditional toy and got our names written in the Japanese alphabet. We also went to the Korean one where I decided to show off my great Korean skills (I know like three words) and my love for k-pop and Korea in general. I even got a free badge! I was so happy about that. Then, we went to check out the Nordic tent and wanted to complete their challenge to earn a badge, but unfortunately, we didn’t have enough time to do so so no badges for us (yet! I’ll definitely try to come back). We got a few pictures taken at the German tent photobooth and they all ended up terribly, but it’s alright. At least they’re funny. Argentinian scouts made us some of their traditional tea to try and we got to make some bracelets in the Bangladeshi and US tents. After that, we had to leave but I definitely want to come back. There is not much time left, but I trust I’ll make it well! 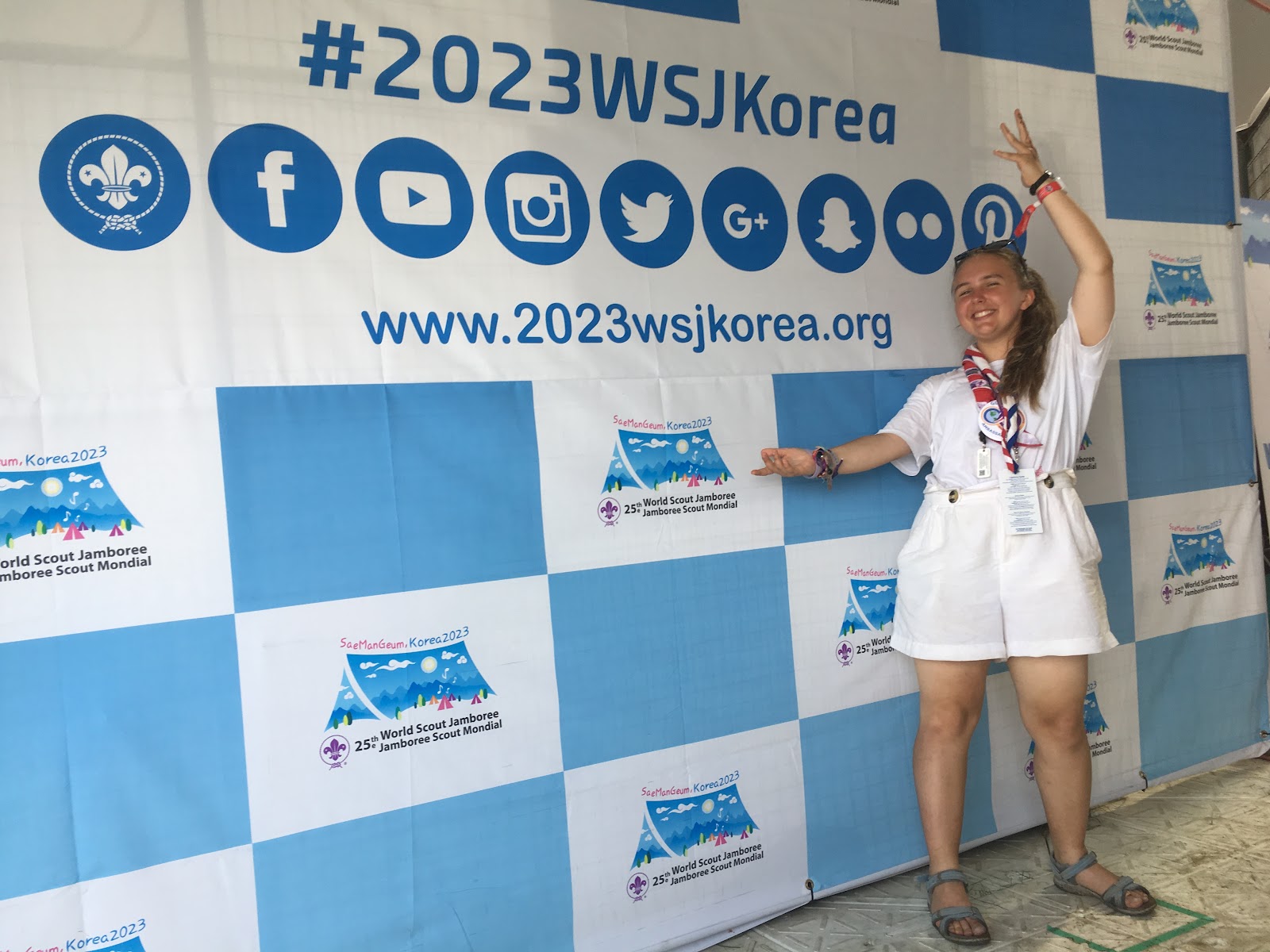 In the evening, a global ambassador from Greece came over to our camp for dinner as a part of the exchange programme. Unfortunately, we didn’t have the ingredients to prepare a czech traditional meal for her so we had to stick with rice and curry. That didn’t stop us from having loads of fun though! We spent a lot of time talking and she got to know our unit pretty well.

And finally, after dinner we made our way over to the A and B basecamp bash! The band Global Village was absolutely amazing! They were super talented and played some really cool, well known songs. I think everyone enjoyed it a lot and I’m really glad I made it because for a moment I didn’t think I would be able to – I was so tired. I even got a jamboree t-shirt! They are kind of hard to get because they shoot them up in the air and you have to be the first one to catch them. So I’m really happy I got it (I’m wearing it right now :D). The evening was absolutely amazing. Although I’m exhausted and sleep deprived now because of it, it was totally worth it! 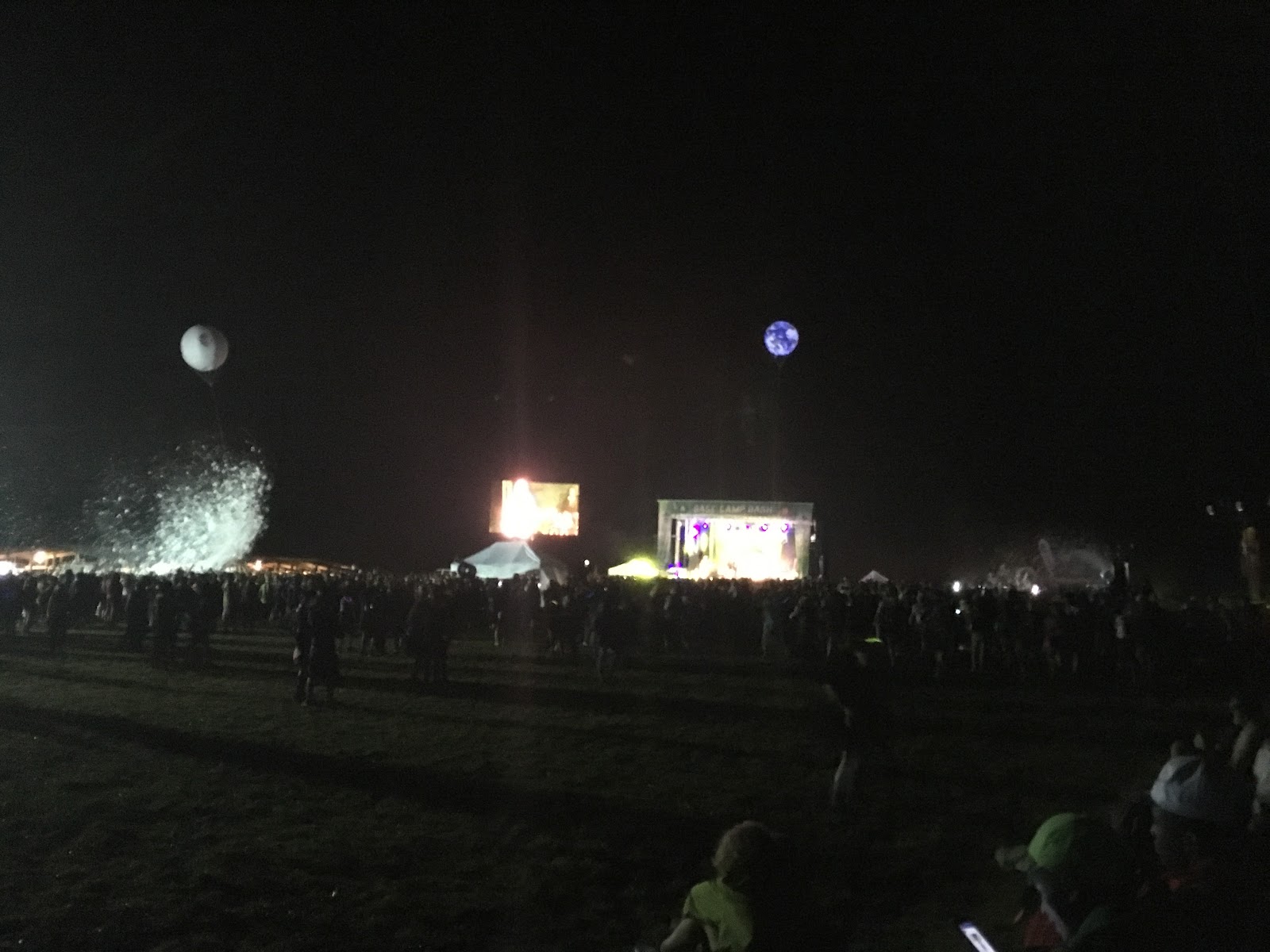 Also, there’s been a big change in the weather. We got a lot of rain today and several storms and it’s gotten considerably colder so I hope none of us gets sick!