Another day went by at the World Scout Jamboree. Like every other day, a lot happened today.

We woke up at 08.30. It was already warm, so I woke up really nice! Some people from our unit woke up at 04.00, because they went to the Big Zip. I stayed at our campsite with a few others.

The Canadian tent was the place to be to get a tattoo. You could find the Canadian tent at the Global Village.  At the Global Village there where a lot of tents from lots of different countries, where you could learn a thing or two about the culture of that country, or do some other fun things. We went to the Canadian tent to get our tattoos. There were a lot of choices so we had a hard time picking one. Eventually, we chose the wolf. I chose to put it on the back of my left arm, Kirsten put it on her leg and Nynke and Jelle put it on their wrists.it was really fun to get these tattoos. When we got them, we of course had to take a picture. Right beside the tattoo stand was a green screen and we saw a great opportunity. We practically ran to the green screen and took a photo with our fresh tattoos. 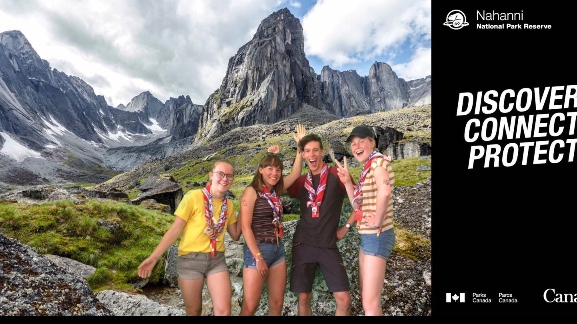 From the left to the right: Kirsten, Nynke, Jelle and me.

After we got our amazing tattoos, we went to another tent in the Global Village. In this specific tent all the all the National Parks of the USA and Canada where represented. Here, you could earn an amazing batch if you did 5 tasks. At one of those tasks a park ranger told some stuff about all the animals that were in that park. One of those animals was an Anaconda. They brought an Anaconda skin which we could touch. It was a bit creepy and it felt like plastic. They emphasized that killing animals is really wrong and that you should never do it. I totally agree! 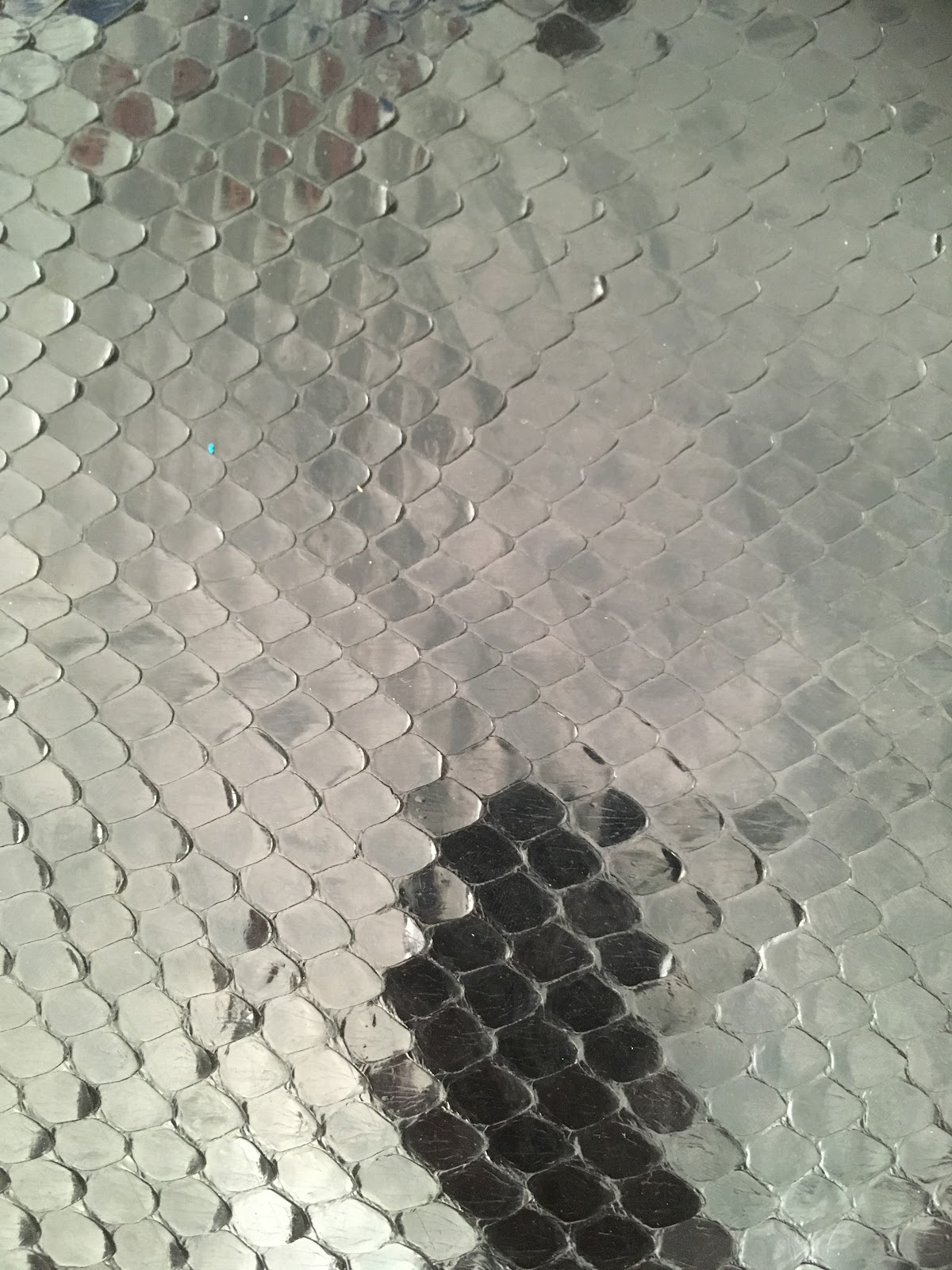 The bus stop wasn’t the only place where it was really busy. At the shooting range it was so busy that we only could attend a few briefings, about safety and how to use a gun. We got told to always protect our eyes and ears, and listen to sentences like ‘cease fire’ and ‘step away from fire line’.

We are going to return and hopefully we can actually shoot. I’m not really a big fan of wapens, but I want to try it once and I think it is good that we have the opportunity to try!

The views at the range where, just like everywhere else, beautiful! 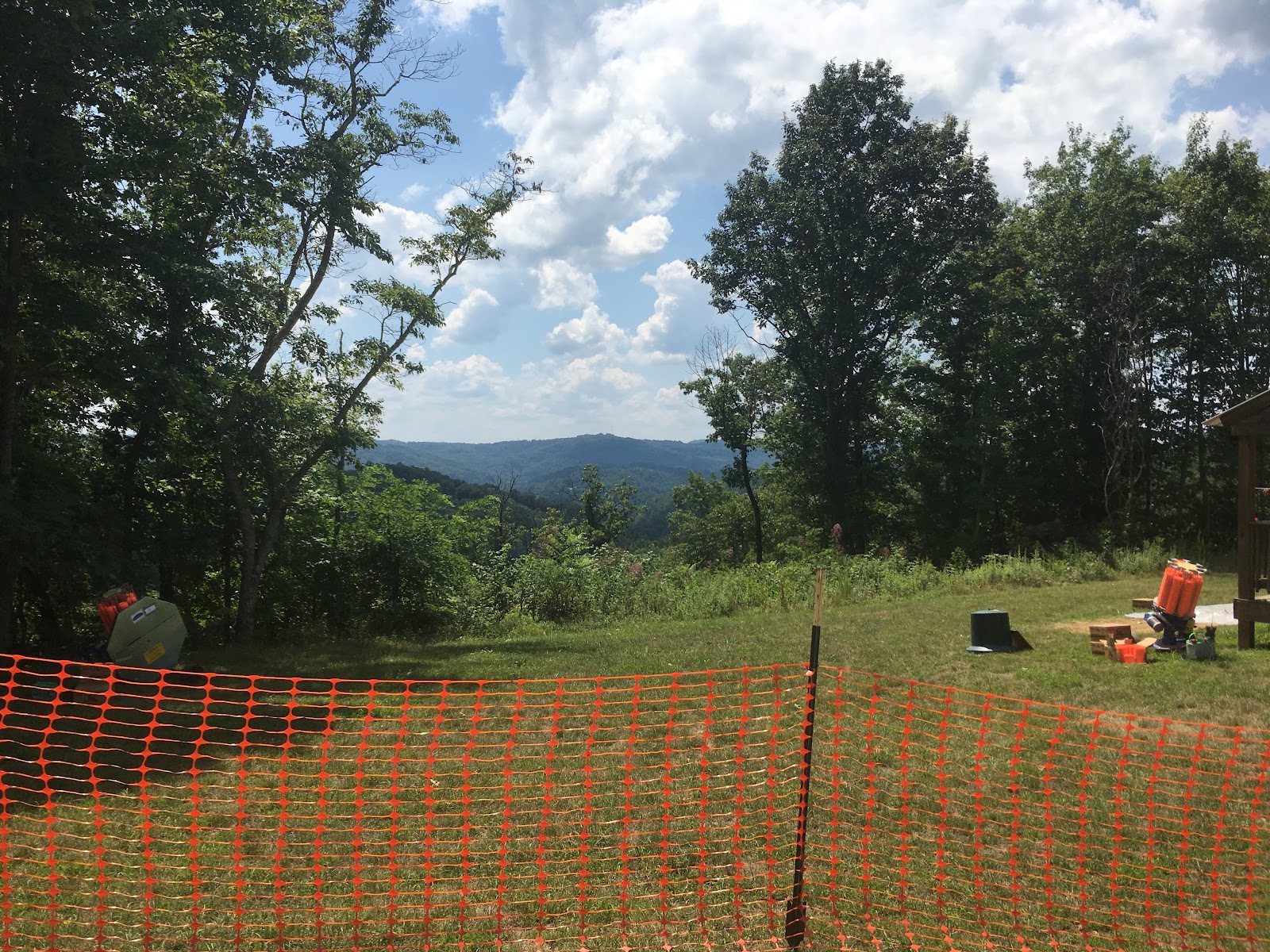 Besides the fact that we didn’t get to shoot today and we had to wait for the for what seemed like fore ever, it was a great day and I just can’t get enough of being here!