Let me tell you something about the activities on the Jamboree: they’re awesome and there is not enough time to do anything. The lines are so long as well. However, it’s worth the wait!

We woke up pretty early, again, to be in time for the canopy tour. This is a tour where you go from tree to tree by zip lines. We thought we woke up early enough, but it turned out that we were late anyway. There was a big line in front of us.

We were standing in line for like an hour, playing games and drinking lots of water because it was super hot. As the line moved forward, we came closer to the shadows which was really nice because it was getting hotter and hotter.

When we finally were in front of the line, we were called inside a big white tent, were there was a small introduction. Afterwards, we could put on our zipping gear. We were not allowed to touch anything our to put on the zipping gear ourselves, because they were very strict. We had to practice slowing down en listening to the instructors whilst being on the zip. After a small walk to our course? we could begin with zipping.

The first zip wasn’t that fun. It was short and not very fast. But every zip after that one got longer and faster, so it was really fun. Some of the trees were very tall and well, I’m very tall, so I touched some of the tops of the trees. 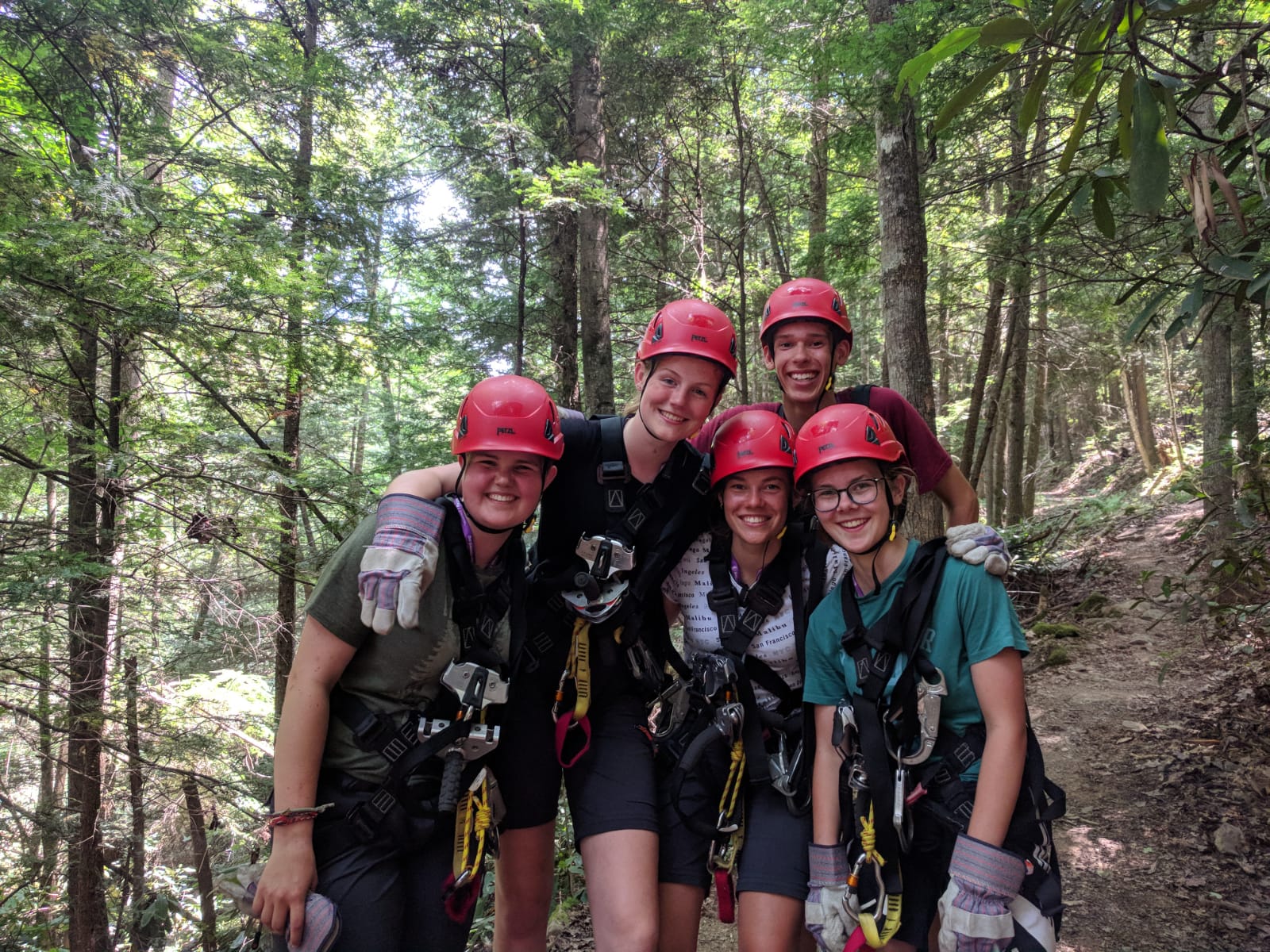 I went with some friends of my unit and we took this photo afterwards. We had to want a long time but it was totally worth the wait!